In the news is Chris Huhne, former Deputy Leader of the UK’s Liberal Democrat Party, and former cabinet minister. After months of denial ...

Nigel Nicholson
Leadership
Save to my profile

In the news is Chris Huhne, former Deputy Leader of the UK’s Liberal Democrat Party, and former cabinet minister. After months of denial, Huhne pleaded guilty to an offence under UK law of perverting the course of justice. 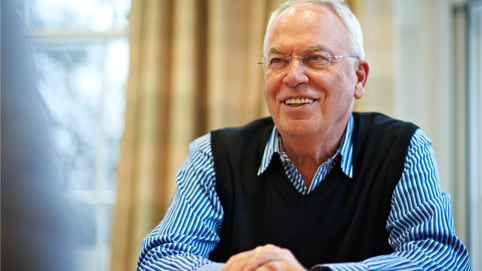 The offence was to claim his wife was driving when he exceeded the speed limit – to avoid incurring penalty points on his licence, which debar you from driving when it passes a threshold.  He now faces a possible jail sentence.

I worked with Chris Huhne many years ago, before he was a politician – first running a training session for him and other financial journalists, and subsequently doing psychometric analysis for him with his senior hires in his business.  I found him to be a decent, intelligent yet driven man – which puts him in company with very many I work with.  I write this not to defend his character but to consider why and how such a career-wrecking calamity should befall him, for it is a tragedy of Shakespearean proportions.  He Is not the first big man to be brought low by a small thing.  Some would say it is not a small thing.  He has confessed to an offence that challenges the very justice system, yet, to lie about a speeding ticket is not exactly grand larceny either.

On the BBC’s Today Programme, there was a lot of sanctimonious speculation about what is wrong with politicians – to the effect that they are grubby, venal, liars.  We have heard much the same of late about the police for their misdemeanours.   Of course we should expect our public servants – politicians and police especially to maintain the highest standards, but let us not fall into the trap of either thinking they need special qualities for their roles, or that they are specially lacking in qualities that we need  of them.  They are men and women like us, adapting to pressures, opportunities, incentives and rules; vulnerable to a hundred and one way of getting it wrong.  Huhne’s offence – for which he will pay a heavy price – is one that many people could have committed.   In his case it is further mired in family conflict – an embittered wife post-divorce and acrimonious relations with his 18-year old son.  Not a simple story at any level – however much commentators might wish it to be.

Plausible denials of truths might seem to be something peculiar to politicians, as the hostile media are quick to assert, but we should remember that politicians exist in a peculiarly exposed and public world, where they are forever being called upon to make public declarations of their worthiness.  What happened to Chris Huhne is, in the language of my leadership analysis, a classic adaptive failure.  People who are strongly driven are especially liable to  of underestime the risks of their behaviour, especially when they live in a bubble.  This emboldening effect can be very generalised – for example, not just wishing to avoid putting one’s driving licence at risk, but also the possible belief that it is something of little significance in the scheme of things, plus the conviction that one can tough it out.   Thus does a talented and ambitious man – like too many before him, and perhaps like any of us when thinking more about the ends than the means –  come to grief.

Rogue traders, sports stars taking illegal performance enhancing drugs, business leaders who cover up misdemeanours, are all victims of the same logic.  They have to be punished of course – but let us not pretend they belong to a different species