A passage from India

CK Prahalad’s intellectual focus has returned homeward. He tells Des Dearlove about his thoughtful journey from competing for the future ...

Des Dearlove
Business management and operation
Save to my profile

CK Prahalad’s intellectual focus has returned homeward. He tells Des Dearlove about his thoughtful journey from competing for the future to uncovering the fortune at the bottom of the pyramid. 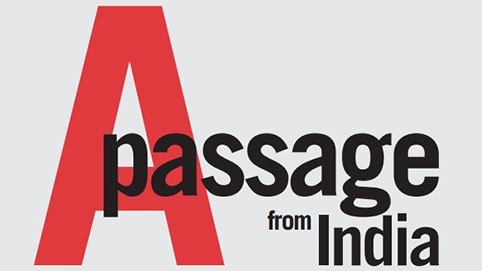 Coimbatore Krishnao – CK – Prahalad was born in the town of Coimbatore in Tamil Nadu. He studied physics at the University of Madras (now Chennai), followed by work as a manager in a branch of the Union Carbide battery company. He continued his education in the United States, earning a PhD from Harvard. He taught both in India and America, eventually joining the faculty of the University of Michigan’s Business School, where he holds the Harvey C. Fruehauf Chair of Business Administration.

At Ann Arbor, Prahalad met Gary Hamel, then a young international business student. Their collaboration ultimately resulted in the bestselling, Competing for the Future (1994). The book provided a launch pad for the second phase of his intellectual career. In his recent book (written with Venkat Ramaswamy), The Future of Competition (2004), Prahalad argues that companies have not made enough use of the opportunities provided by globalisation. There is an inability to realise that not only have the rules of the game changed but the role of the players has been transformed too. The “customer” is a more powerful and pro-active figure. Customers are no longer abstractions that have to be satisfied. Thanks to the internet, they are agents creating and participating in transactions. The concept of value has also changed. It is not inherent in products or services. It can’t be instilled by producers or providers. It has to be co-created with consumers. They build this by experiencing it. The only way companies can compete successfully is through building new strategic capital.

Alongside this work, Prahalad has been wrestling with the perplexingly complex and political issue of poverty. This led him to write The Fortune at the Bottom of the Pyramid (2004) in which he identifies the world’s poor (the “bottom of the pyramid”) as a potential untapped market for companies, worth anything up to $13 trillion a year. “The real source of market promise is not the wealthy few in the developing world, or even the emerging middle-income consumers. It is the billions of aspiring poor who are joining the market economy for the first time,” he explains. A market at the bottom of the pyramid could be co-created by multi-national and domestic industry, non-governmental organisations and, most importantly, the poor themselves. They would then have choice over their lives and the products they use. He points to Hindustan Lever’s success in marketing soap-powder and detergents in smaller, cheaper units. This created prosperity downstream through new distribution mechanisms. Too often poor people are patronised, Prahalad wants them to have real power in the marketplace.