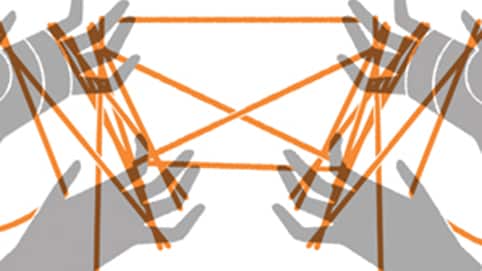 About Desso: The majority of Desso’s business — 80 per cent — is accounted for by carpets. Its carpet tiles can be found at Canary Wharf, La Défense, and elsewhere throughout the world, but particularly in Europe. Its woollen carpets are found in hotels and aeroplanes, and then there are its consumer carpets where it is the market leader in the Netherlands. A total of 20 per cent of its business is artificial grass sports pitches. Desso also makes natural grass pitches which are strengthened by artificial grass. Artificial turf is inserted in a natural grass pitch every two centimetres to a depth of 20 centimetres. The pitch at Wembley Stadium is one such hybrid.

Cradle to cradle: In the business world, the ideas which catch on are of and for their time. Think of how the concept of Total Quality Management took off in the 1980s. Think of re-engineering in the 1990s. Think of the idea of the bottom of the pyramid in the first decade of the new century.

If you would like an idea likely to resonate with businesses over the next decade one front runner could be the idea of Cradle to Cradle. This basically argues that our attitude to environmentalism and sustainability has to change. At the moment, organisations are happy to be a little bit better. They feel virtuous simply by recycling a little more, cutting their energy usage or something similar. Cradle to Cradle contends that our attitude to products and how we manufacture them remains rooted in the Industrial Revolution. It argues that products and services can be created that generate ecological, social and economic value.

In their book Cradle to Cradle, William McDonough and Michael Braungart, an American architect and designer, and a German chemist, map out the thinking behind the idea. “Today’s industrial infrastructure is designed to chase economic growth,” lament McDonough and Braungart. “It does so at the expense of other vital concerns, particularly human and ecological health, cultural and natural richness, and even enjoyment and delight. Except for a few generally known positive side effects, most industrial methods and materials are unintentionally depletive.”

Among the examples of the idea in practice are the re-design of Ford’s River Rouge facility. Ford invested in an $18 million rainwater treatment system which reputedly saved $50 million that the company would have had to spend on mechanical treatment. Ford also has a prototype car, the Model U, which is made according to Cradle to Cradle principles. Elsewhere, Nike has developed Cradle to Cradle shoes and Edag has developed a recyclable car.

Carpet to cradle: One of the converts to the concept is the Dutch carpet manufacturer, Desso, and its CEO Stef Kranendijk. A 19-year Procter & Gamble veteran, Kranendijk is unlikely revolutionary material, but he has been championing Cradle to Cradle as a means of changing the company and getting ahead of the competition.

Kranendijk’s conversion began when he watched a DVD of a documentary on the subject. Next, he read the book, then he contacted one of the authors. “We produce a lot and much of it ends up in landfill. For example, all the synthetic carpets in France, the US and the UK, go to landfill. Elsewhere, they are incinerated — also not a great idea. We have two crises: the climate crisis and the raw material crisis. And that is what we have to solve. When I saw the programme, I thought this is fantastic, this is what we should do because we produce so much volume and so much waste. Then I read the book and approached Michael Braungart. I said, I want my whole company Cradle to Cradle, and I will do it, but you will have to help me.”

Kranendijk joined Desso as CEO in 2007 after the management team and a private equity firm bought the company from its American owner. “It was an excellent company, but a lot of things needed to be done, and that made it very attractive for us,” he explains.

The first step was to take a careful look at how the company was performing. The new management looked at earnings before interest and tax (EBIT) per stock-keeping unit. This revealed that on its carpet tiles, the company made good money.

But on its woollen carpets — which Desso produces for Hilton hotels, airlines and cruise ships among others — it was losing 20 per cent EBIT. In response Desso started to invest in a new automised weaving plant which added 25 margin points to the woollen business.

Having begun to really understand the business, Kranendijk and his team then developed a new strategy focused on operational excellence, innovation, geographical expansion and external communication. Among this quartet, innovation was seen as the key and three drivers of innovation were identified: creativity, functionality and Cradle to Cradle.

“Cradle to Cradle is about making products from such pure materials that you can endlessly recycle them,” says Kranendijk. Immediately after the acquisition, he appointed a sustainability director who investigated what Desso’s sustainability initiatives had achieved over the previous decade. It had actually cut its energy consumption by 28 per cent over that time. Cradle to Cradle sought to move this to another level.

In search of purity: Says Kranendijk: “The first thing I did when I came into the company was to abandon all the rules. Of course, we have some rules, but what we introduced is common sense, flexibility and integrity. With common sense you can achieve a lot, because people suddenly start to think for themselves.”

Changing the way you think about and practice business would seem a demanding task and an even more demanding communications exercise. At Desso, two weeks of workshops provided momentum internally and an appetite for change.

Two weeks to convince people of such a radical change appears hasty. Kranendijk shrugs. “Yes, but big changes often come with a split second thought, and if the idea is a paradigm shift and people understand what it can mean for us as a company, then it can go very, very fast.”

In practice, Desso first analysed the ingredients of its carpet tiles — 700 of them. Desso adhered to all of the regulations about the inclusion of toxic ingredients and so on, but the aim was to manufacture using only pure ingredients without any toxic elements. As an example of what was involved, Desso looked at the backing of its carpet tiles. In Asia and the United States this is PVC, which is not particularly environmentally friendly to recycle. In Europe, the backing of carpet tiles is bitumen.
This is cheap, but is a by-product of oil. Now, working together with Dow Chemical, Desso has developed a white backing which is also oil-based, but is pure and can be re-used.

At the heart of Cradle to Cradle is that ingredients can be re-used to create high-quality products. Desso has invested in a take-back system called Refinity. This takes back carpet tiles after ten years’ use from offices or schools and universities. The bitumen is then sold to the road and roofing industries, and the yarn goes to one of Desso’s yarn manufacturers.

Aquafil S.P.A, one of Desso’s suppliers, invested €20 million in a plant in Slovenia which takes the old, used yarn and depolymerises it so it can be re-used. Sixty per cent of all carpet tiles that Desso sells worldwide now use 100 per cent recycled yarn.

As with any idea, Cradle to Cradle comes with its own vocabulary. The Slovenian facility is an example of what is known as upcycling.

“The idea of Cradle to Cradle is to use very pure materials so you can recycle it at a very high level. That’s why they call it upcycling,” says Kranendijk. “And that’s what
we try to do. Because if we make a carpet tile and after ten years take it back, we can make yarn from the yarn again, we can make backing from the backing, but you might use this material to make a new office chair. The idea of Cradle to Cradle is that you have a kind of bank of pure raw materials going round and round.

“Basically, we have to go from a linear economy to a circular economy. We need to do a lot of urban mining — taking raw materials out of existing products — and the Cradle to Cradle concept fits fantastically within that. It will ensure that we only use pure materials so they can be recycled rather than toxic materials.”

No halfs: It quickly becomes clear that there can be no half measures, no half revolutions in this cyclical approach. Desso aims to have all of its products Cradle to Cradle by 2020. It also aims to be solely using renewable energy by that time. It has recently installed 23,000 square metres of solar panels on one of its Belgian plants. It is also investing in six megawatt wind turbines, biomass fermentation to produce bio gas, as well as geothermal energy.

Having started with carpet tiles, Desso is now looking to artificial grass pitches, which currently have a latex backing, for upcycling. Desso has developed hot melt technology which ensures that the backing can be re-used. Among its more ambitious innovations is to make yarn from bamboo — excellent antibacterial properties apparently.

“The fantastic thing about Cradle to Cradle is that it’s all about innovation. You talk all the time about design and raw materials, and focus on what end users want, corporate social responsibility and the ultimate sustainability strategy,” says Kranendijk. “But it is a lot of work and costs a lot of money, because analysing all your ingredients is hard work. It’s grinding. It took us a couple of years.”

With profits: Of course, a concept without profits is an empty commercial experience. But there is a building body of evidence to suggest that social responsibility can be profit enhancing. Research by Ioannis Ioannou at London Business School, and Robert Eccles and George Serafeim of Harvard Business School, for example, has made the links between being good and doing well explicit.

“One of the most important questions regarding sustainability is its impact on financial performance. In an empirical study of two matched sets of firms covering an 18-year period, we found strong evidence that the high sustainability firms significantly outperform the low sustainability firms, measured in both accounting and stock market terms,” says Ioannis Ioannou (who has also written a case study of Desso).

“There are significant differences in corporate governance and stakeholder engagement between the two sets of firms. High sustainability firms have a longer-term time horizon, have more long-term investors, and place a greater emphasis on measuring and reporting non-financial information.”

“Cradle to Cradle is such a positive strategy,” reflects Kranendijk. “It has enabled us to develop competitive advantage versus all our global competitors — and we can prove it.”