London Business School
Voices
Save to my profile

‘What if Christmas, he thought, doesn’t come from a store? Maybe Christmas… perhaps… means a little bit more’, wonders the Grinch in Dr. Seuss’ classic book How the Grinch Stole Christmas. The holidays and books are as intertwined as holly and ivy. What better time to turn to words and pages than the festive season?

Here, LBS professors recommend some of their essential reads – both fiction and non-fiction – for you to enjoy over the break. 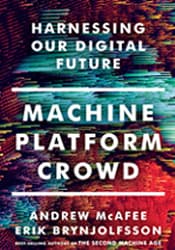 By Andrew McAffee and Eric Brynjolfsson (2017)
Recommended by Julian Birkinshaw, Professor of Strategy and Entrepreneurship

A very current take on how technology is shaping business and society, this book looks to the horizon of our age to prepare its readers for the strange and uncharted land on the other side. On the brink of a massive digital-powered shift, our organisations and lives are in need of new toolkits. The authors present a stark and realistic picture of a future where AI, platforms and crowds have evolved to give us total network disruption. It might be unsettling, but McAffee and Bryniolfsson show us how important knowledge and awareness will be in creating a road map for the future. 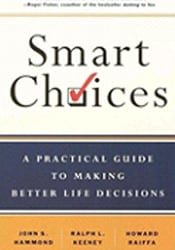 This classic on the qualitative and quantitative aspects of decision-making is an easy read and a good starting point for an exploration of this vast topic. The authors don’t tell you what to decide, they tell you how. The methods are time-tested and the process is easy. The key is to seek out decisions that advance your long-term values, goals and beliefs. Decisions shape your life, from choosing your partner or your profession to buying your home. Can we ever really know that we’re making the right choice? These professors from MIT, Harvard and the University of Southern California tell us how to approach problems so we can make decisions for the right reasons. 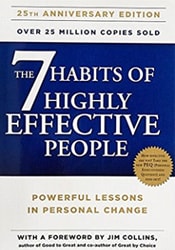 “Mr Covey has a knack of dressing up spiritual principles in pinstripes,” observed one commentator. This 1990 bestseller reinvigorated the personal development market almost single handedly. It is my favourite book on personal leadership. It covers several major topics, not limited to but including: being the master of your own destiny, setting goals and priorities, managing your time, showing empathy towards others, thinking ‘win-win’ in relationships. 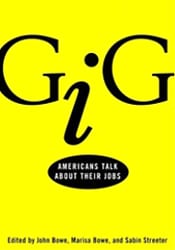 Gig: Americans Talk About Their Jobs

Back in 1972, Studs Terkel published a book titled “Working” that became a bestseller and was turned into a Broadway musical. The book featured interviews with more than hundred ordinary people talking about their jobs. My pick “Gig” is a 2001 rendering of this same concept, in which people talk about their jobs and how they feel about them. What would life be like as a pretzel vendor, steelworker, dog trainer or funeral home director? It’s a fascinating book full of honest details about various lines of work, as well as amazing human richness in the ways people describe the joys and frustrations of their work lives, their dreams and regrets. 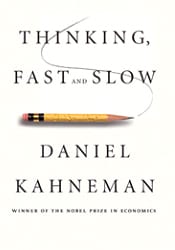 Humans are not as rational as they think they are. The mistakes of our conscious and unconscious thinking have serious consequences: The chances are you’ve thought that someone is more competent because they’re better looking. And if you’ve read something printed in a bold typeface, you’re more likely to have believed what it says. Our minds are easily tripped up. Understanding why things happen and how decisions are reached is vital for progress at every level of society. The experiments Kahneman presents in this book are profoundly simple but hold the power to revolutionise the way we think and live today. Anyone who needs to make decisions, small and large, should read it. 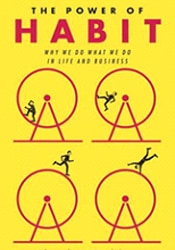 The Power of Habit: Why We Do What We Do, and How to Change

By Charles Duhigg (2013)
Recommended by Costas Markides, Professor of Strategy and Entrepreneurship

This book brings to life a whole new understanding of human nature and its potential for transformation, by examining scientific discoveries that explain why habits exist and how we can change them. Andrew Hill of the Financial Times summarises what differentiates this book: “Plenty of business books that try to tap into the scientific world manage to distil complicated research into readable prose. But few take the next step and become essential manuals for business and living. The Power of Habit is an exception.” 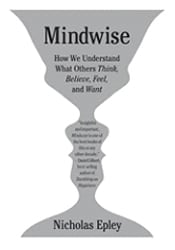 Mindwise: How We Understand What Others Think, Believe, Feel and Want

Guessing the thoughts and feelings of others to help us read social situations, judge character or guess motives has been part of our daily lives for thousands of years. But the system is plagued with error. Understanding these errors enables us to understand people as they really are, instead of how we imagine them to be. The foundation of all social interaction is formed from this most human of senses – the ability to understand the minds of others – use it well, and you can build and maintain the relationships that make life worth living, forge a solid reputation, work in any kind of team and gain competitive edge over your rivals. 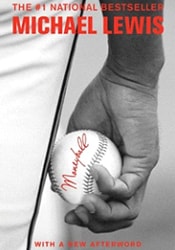 People think this is a book about baseball. It's not. It's about what is possible when you clearly understand the problem you need to solve. I use it to teach strategy, human resource management, and critical thinking. The Oakland A’s – a baseball club with scarce financial resources – outperformed wealthy rivals in the 1990s by bucking the convention on how the game should be played. But rather than a study of baseball, this book is an application of behavioural economics to sport. With the help of a baseball statistician and a mathematical genius, the Oakland A’s general manager Billy Beane got startling results. 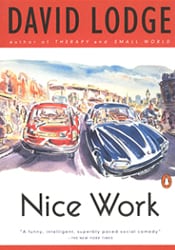 Do academia and industry lie as far apart as we think? In 1979 – the year Thatcher came to power in the UK – universities were trying to strengthen their ties with local industry. This story brings together businessman Victor Wilcox – Managing Director of engineering firm J. Pringle & Sons, and Robyn Penrose, lecturer of English literature, when their town’s university sends staff on an industry shadowing scheme. The comic mismatch between Robyn – a feminist, left-wing intellectual who reads Freudian symbolism into all she sees, and Victor, a gruff, middle-aged, results driven pragmatist, is a joy to read and rich in perspectives still relevant to our academic world today. 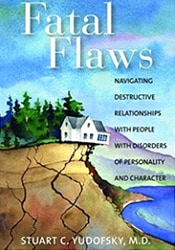 Fatal Flaws: An Introduction to Disorders of Personality and Character

Dr Yudofsky, with over 30 years of experience as a successful therapist, opens up his consulting room and shares his strategies for dealing with personality disorders. Featuring cases from his clinical practice, Dr Yudofsky combines this with research and expertise from clinicians, scientists and educators. This book tells you how to identify and then manage a relationship with people who have any manner of personality disorders and I have seen a renewed interest in the topic in the last 18 months! 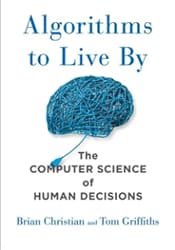 Algorithms to Live By: The Computer Science of Human Decisions

Can computers ever answer human questions? The simple, precise algorithms computers employ can help us use time, space and effort in ways we cannot imagine, say author Brian Christian and Professor of Cognitive Science Tom Griffiths. Merging computational models with human psychology, they have written a book that anyone can use to better understand the ways that computer science runs the world. Filled with humour, wisdom, and profound insights into the innermost workings of our world, this is a practical book with a mountain of takeaways to help you solve everyday problems and transform decision-making. 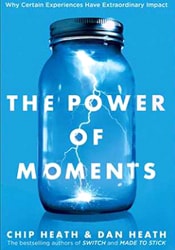 The Power of Moments: Why Certain Experiences Have Extraordinary Impact

This is my favourite marketing book of 2017. It is an inspirational guide on how to turn the mundane into the remarkable in areas ranging from education to health care. In a global market place, where brands necessarily have to offer high performance standards and competitive prices to be considered, they are increasingly differentiated based on the consumer experience. I encourage the reader to take the valuable lessons contained in this book one step further, by applying them creatively in a way that is “on brand” both across the consumer and employee journey. 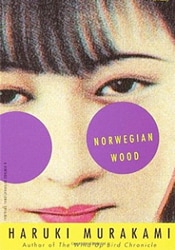 By Haruki Murakami (2000)
Recommended by Irem Tuna, Professor of Accounting

Borrowing its title from the Beatles song Norwegian Wood (This Bird Has Flown), this novel uses snow-blanketed forests and imagery as the backdrop to a nostalgic story of love and loss. Looking back on his college days in Tokyo, the now 37 year-old Toru Wantanabe is the protagonist and narrator. Set in the late 60’s at a time of civil unrest, the students at his college go on strike and call for a revolution. When they call it off and act as if nothing has happened, Toru is incensed. This is a tale that takes the reader through free love, booze and the intoxicating highs of adolescent infatuation, to a soundtrack of 1960s pop. Murakami offers a path through the frozen woods, a perfect guidebook for this winter season. 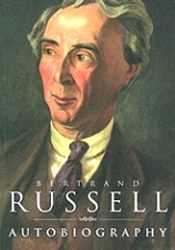 The Autobiography of Bertrand Russell

Born in 1872, Bertrand Russell was one of the 20th Century’s most brilliant thinkers. A mathematician and philosopher, Russell was awarded the 1950 Nobel Prize for Literature “in recognition of his varied and significant writings in which he champions humanitarian ideals and freedom of thought." Imprisoned as a result of his pacifism, his writing on social and moral issues, often controversial, made him one of the most-read writers of his time. His autobiography begins: "Three passions, simple but overwhelmingly strong, have governed my life: the longing for love, the search for knowledge, and unbearable pity for the suffering of mankind... Love and knowledge, so far as they were possible, led upward toward the heavens. But always pity brought me back to earth." This book is elegantly written, deeply reflective and humorous. It is a joyous and inspiring read about the life of a remarkable man.