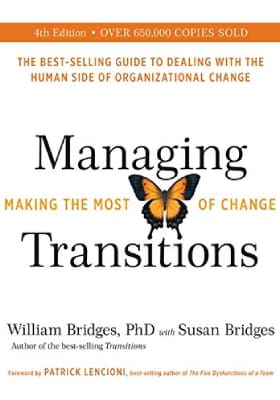 Managing transitions, Making the Most of Change by William Bridges with Susan Bridges

Navigating change, ambiguity and volatility can be challenging, frustrating and exhausting. Bridges provides a thoughtful, simple and useful framework to help understand what we are each experiencing individually and what others around us may be feeling. I highly recommend it for leaders seeking to understand what their team members are thinking and feeling as they are asked to make the best of change upon change and to enable healthy and necessary dialogue. 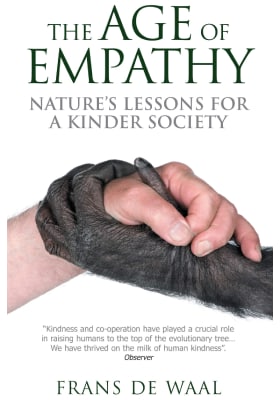 The Age of Empathy: Nature’s Lessons for a Kinder Society by Frans de Waal

De Waal’s research on our animal cousins helps us understand what it means to be human. People often assume we have survived as a species through ruthless self-serving behaviour but, as de Waal demonstrates, traits such as sociability and kindness are just as hardwired throughout the natural world. I wish I’d read this before I did my own research on the nature of empathy and how it affects human operations at the bargaining table. 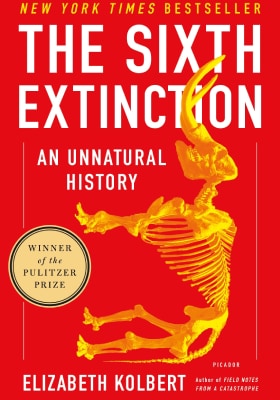 The Sixth Extinction: An Unnatural History by Elizabeth Kolbert

The five mass extinctions on Earth so far were all due to gradual climate change or asteroid impact. Humans are causing the sixth – animals and plants are disappearing fast and species are being wiped out as we speak. Meticulously researched, this is a gripping read – and a sobering antidote to the blind optimism in some quarters that believes that the Earth’s systems are resilient enough to withstand this onslaught. This is an urgent book – the time to act is now if we are not to wreak total devastation and engineer our own downfall. Deep Work: Rules for Focused Success in a Distracted World by Cal Newport

Profoundly intelligent, this book helps you reappraise how you use your time, energy and focus. Most leaders thrive “without depth” by multitasking and enduring endless meetings, calls and emails. Newport calls for “focused discernment” and provides strategies for avoiding distractions. As he says, the ability to learn hard things fast and produce at an elite level is not only very rare, it is a valuable and distinctive skill. Maybe if I had read it before lockdown, I would be able to code Python by now? Newport doesn’t promise that, but he makes the case that even trying to carve out time for deep work is a noble pursuit. 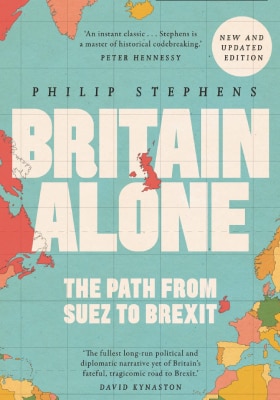 Britain Alone: The Path from Suez to Brexit by Philip Stephens

The book I wish I had read sooner is Britain Alone: The Path from Suez to Brexit, about post-empire UK. It is about the psychology of losing power and how the UK has coped with it (for example, initially in the Suez disaster, the country tried on ‘fake it to make it’ and later tried to create what is known as a structural hole or linking point between many other powers, and Brexit is the most recent chapter). The author’s insights into British leaders and their ideas and motivations really bring the analysis of events to life. It is political history, but so much more.

‘There are a lot of books out there about success stories, but not enough about the failures of running businesses and how the leadership of these businesses navigated these failures’

The Artist’s Way: A Spiritual Path to Higher Creativity by Julia Cameron

I read this over the pandemic and, having had the time to do the 12-week course that guides you through the process of recovering your creative self, I wish I had read it at least 15 years ago. It reminded me of things I love to do that I don’t do as much anymore, like dancing, writing and being very self-expressed in my professional and personal life. And how to incorporate my creative being in my thinking – and I consider myself a creative person already! So, it really shifted me and I highly recommend that people at all stages of their careers pick this book up. How Will You Measure Your Life? by Clayton Christensen, James Allworth and Karen Dillon

This is one of my favourite books. It was recommended to me at a time when I started thinking about purpose and how that ties in with my career – especially at a time when I was looking into a career transition. It gives an alternative way of looking at and defining career success. There are lots of guiding principles in there, with tangible stories and lessons to take away. 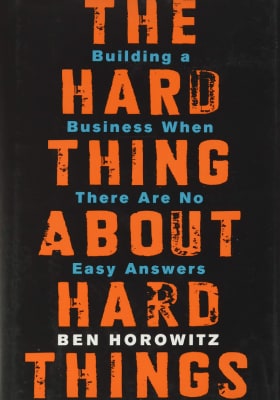 The Hard Thing About Hard Things: Building a Business When There Are No Easy Answers by Ben Horowitz

There are a lot of books out there about success stories, but not enough about the failures of running businesses and how the leadership of these businesses navigated these failures, in sufficient detail. The Hard Thing About Hard Things does this. I found it a very candid book, with many tangible lessons to learn and apply in one’s personal journey. We frame so much of what we teach on the assumptions that property rights are sacrosanct; businesses enter into transactions as willing partners; and that in any competition, the best firm wins. In many countries such conditions are not guaranteed and this book gives an account of an entirely different system. Bálint Magyar describes a so-called “post- communist mafia-state model” characterised by the logic of power and wealth concentration in the hands of the “clan”. It gave me a wonderful canvas for reassessing the universality of management frameworks. 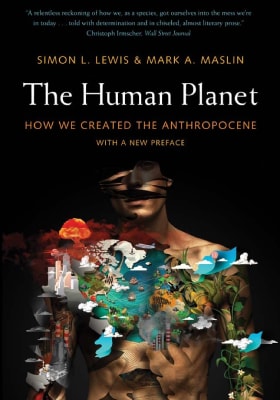 The Human Planet: How we created the Anthropocene by Simon L Lewis and Mark A Maslin

Recommended by Ioannis Ioannou, Associate Professor of Strategy and Entrepreneurship

The authors provide an intriguing, thought-provoking, comprehensive exposé of the underlying science and politics, and they offer a very accessible narrative of how humanity has become a geological and ecological force. They make a robust case for the emergence of the Anthropocene – the most recent period, when human activity started to impact on the Earth’s climate – arguably one of the most important and influential ideas of our time. I recommend this book to anyone who would like to understand how we got here and, most critically, why it matters so much now.