Who would want to be CEO? 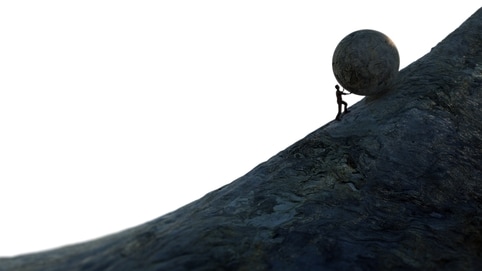 The rise of technology is both a blessing and a curse for today’s CEOs. Most appreciate being able to monitor markets, track share prices or communicate with board members 24/7 using their smartphones and tablets. But those same devices are also a major headache.

“It’s very easy for people, even a crackpot, to criticise leaders and for others to see those comments, so how do CEOs continue to inspire the troops?” said Randall S. Peterson, Professor of Organisational Behaviour at London Business School (LBS).

“You psychologically discount something when hearing it from an unreliable source. But you eventually forget who the source was and start believing the criticism – even if it was made by someone with marginal knowledge of the truth. This is known as the ‘sleeper effect’.

“At a political level, criticism is a basic right. In business, a former employee can pretty much say anything they like on Twitter, which is why companies are using lawyers and paying people to sign agreements to say they won’t engage in that kind of activity.”

Open their eyes
Winning the hearts and minds of people who are constantly bombarded with media stories, rhetoric and commentary is another big concern for today’s chief executives. Professor Peterson believes people are generally quite close-minded, despite having access to a world of information and different viewpoints.

“Building a leading, coherent team as the workforce becomes more diverse is a classic problem,” he said. “Social media means people not only see everything, but can explore ideas that relate to their view of the world. People may only watch one news source, so they aren’t exposed to the broader picture, which in turn means they approach a problem differently to others and struggle to view it from someone else’s perspective.”

Professor Peterson’s comments echo the views of the chief executives polled in the 2015 Fortune 500 survey. When asked about their company’s biggest challenges, 72% pointed to the rapid pace of technological innovation.

Cyber security was the second biggest obstacle (66%), followed by increased regulation (61%), shortage of skilled labour (34%) and management diversity (25%). Competition from a start-up, shareholder activism and challenges for market share from China and developing countries were ranked sixth (20%), seventh (20%) and eighth (4%) respectively.

The rise of cybercrime is particularly taxing for CEOs, according to Professor Peterson. “There have been some really big breaches recently, such as the one involving TalkTalk [hackers stole the personal details of nearly 157,000 customers from the British telecom company’s website],” he said.

“In the US, the reputation of retailer Target has been severely damaged by a security breach where people’s credit card information was exposed. It took place in 2014, but the business continues to suffer because people don’t trust them.

“Everything has gone online and there are myriad implications for that when talking about cyber security and how we protect data. You used to put data in a vault and it would be safe, but that no longer seems to be the case.”

Stay another day
Away from cybercrime, finding and retaining top talent when many industries are suffering from a skills shortage is a major hurdle for chief executives. Offering a big salary helps, but organisations needs to offer more to entice people, as Fortune’s 100 Best Companies To Work For 2015 ranking shows. Tech giant Google came first for the sixth consecutive year, after extending its parental leave benefits. New parents, regardless of gender, receive up to 12 weeks of fully-paid baby bonding time and US$500 for the first three months of their child’s life.

Family-owned supermarket chain Wegmans is another company that regularly appears in the Fortune 100 list. While vastly smaller than global brands such as Apple and Google, Wegmans inspires workers to dedicate many years to what Fortune dubbed “the best grocery store in America”.

In contrast to Wegmans, the CEOs of professional services firms that were traditionally inundated with CVs need to work harder to recruit and retain staff. “If you look at the big consultancies, they tended to bring in lots of people, make them work crazy hours and the ones who survived became partners,” Professor Peterson said.

“The big players could afford for nine of every 10 employees to burn out, because they had a queue of people lining up round the corner. But what do you do if the queue is no longer quite as long?”

Professor Peterson adds that the skills shortage gives the best candidates the freedom to be pickier when choosing potential employers. “Firms could open their doors slightly and amazing people would scramble to get in. Now they open the door and there are lots of people standing there, but they have to look to find top candidates because the best people are no longer at the front.”