Withdrawal from Paris agreement an error of epic proportions 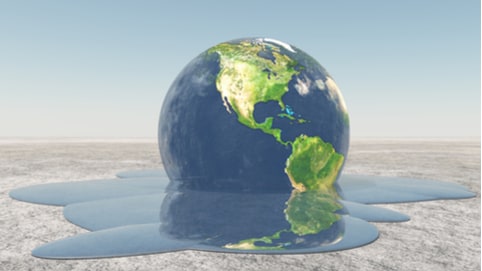 President Trump will later today announce his decision for the US to remain or withdraw from the Paris climate accord – a landmark agreement established last year to combat global climate change.

A decision to withdraw would be “a tragic error of epic proportions” according to Ioannis Ioannou, Associate Professor of Strategy and Entrepreneurship at London Business School, which could lead to unprecedented global consequences.

“If Trump chooses to withdraw from the Paris accord, the US joins Syria and Nicaragua as the only other two countries that declined to back the agreement,” says Ioannou. “Failing to tackle climate change on a global scale will not only lead to grave environmental consequences. It also signals America’s diminished moral global leadership.”

Far-reaching adverse implications may appear across a range of foreign policy, national security and economic issues, according to Ioannou, as the US risks becoming an unreliable country run by an administration that explicitly prioritises corporate interests over global sustainable prosperity.

“Withdrawing from the Paris accord will not only fail to jump start the US economy, as President Trump claims, but in fact it will significantly undermine the US economy’s competitiveness in the long term, reducing its potential to generate new and innovative businesses. Even in the short run, the economic effects will be detrimental: the US is likely to lose access to the growing markets for renewable energy while competitors such as India, China and the EU grow their own presence.”

Ioannou argues that the international community should respond with renewed and strengthened commitment to combat climate change, should Trump announce his decision to withdraw later today.

“The role of business cannot be underestimated, and it is already remarkable that firms like BlackRock, Shell, and Goldman Sachs, as well as prominent business leaders such as Elon Musk, have raised their voice in support of the Paris agreement.

“Countries and transnational institutions should seriously consider and carefully evaluate potential sanctions or economic countermeasures, for example the introduction of a tax or import tariff on US made products and services which would account for carbon emissions used in the manufacturing process.”

Resistance to such policies through local action at grass-roots level, state intervention, visionary stewardship from the corporate world, and leadership by countries such as China, India, Germany and the EU, is imperative, urges Ioannou.

Ioannis Ioannou is an Associate Professor of Strategy and Entrepreneurship at London Business School whose research interests spans sustainability and corporate social responsibility.