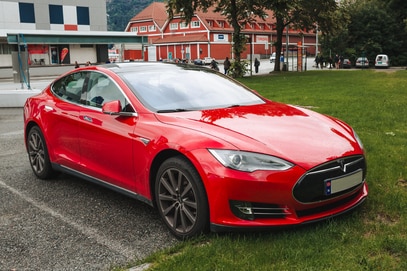 The idea that Tesla is worth more than its American competitors has led to sharply divided opinion. The smoking gun on the negative side of this debate is the stark fact that the luxury electric car company has yet to turn a profit.

And yet for some industry analysts and commentators last week’s news that Tesla’s $51.5bn (£40 billion) market capitalisation had surpassed that of GM and Ford - $50.2 billion and $44.6 billion respectively (£39 billion and £34 billion) - hardly raised an eyebrow owing, it is claimed, in large measure to the capital-efficient way in which the company operates and the nearly 400,000 of pre-orders for the new Model 3. At $5000 (£3900) per car, nearly $2 billion (£1.5 billion) has been paid in advance to fund Tesla’s growth.

“When you can get your customers to fund your growth, you can deliver astonishing rates of development without having to bother with often volatile capital markets,” says John Mullins, Associate Professor of Management Practice, Strategy and Entrepreneurship at London Business School.

Mullins believes that the wrong scale is being applied to define Tesla’s success, arguing that although Tesla is unlikely to manufacture more cars than Ford or GM, it will continue to outpace and outsmart both companies in the years to come.

“The promise of futuristic innovation, and the power brand that is Mr Elon Musk, the progenitor of Tesla, have all gone into creating a desirable marque within just a few years,” says Mullins. “It’s the broader brand and mystique of Mr Musk himself which is almost certainly helping to drive Tesla’s valuation.”

Mullins says that the market’s bullish valuation of Tesla is betting on Mr Musk, and not just his automotive business. “Call it the ‘Steve Jobs effect’, but given his numerous innovative ventures – Hyperloop, Tesla and Space-X to name but three – last week’s market cap shell shocker is as much about betting on the future of Mr Musk as it is about Tesla.”