More than 25% of boards have never had external review 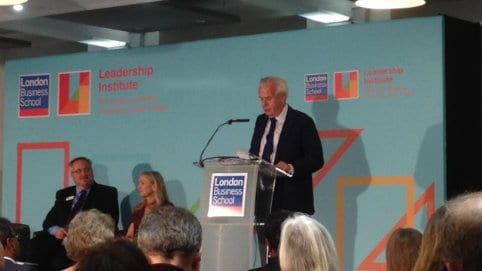 Research conducted by Harvey Nash, in association with London Business School’s (LBS) Leadership Institute indicates that 26% of  boards surveyed have never had an external evaluation. In Asia that number rises to 45%.

Commenting on the findings at a Leadership Institute and Harvey Nash event, Randall S Peterson, Academic Director of the Leadership Institute and Professor of Organisational Behaviour at LBS said: “The research allows us to ask big questions such as: should boards even exist? We find that on the whole they are worthwhile. But they could be better.”

Undertaking regular, rigorous board evaluations is one step towards improving board effectiveness, he added. “I know from research that top boards are good at information sharing, they’re cohesive and willing to take a calculated risk – these traits are all associated with better financial performance. How do you know if your boardroom interactions are as effective as they could be? The best answer is to get outside input. Boards could be better if they were better evaluated.”

Paul Myners CBE, former Financial Services Secretary and Government Spokesperson, HM Treasury 2008–10 and Executive Fellow of Finance at LBS, has been on the board of 12 FTSE 100 companies and claimed that less than one fifth of board effectiveness reviews match up to an acceptable standard in his experience.

“We've now reached a point where there should be independent and published audits of those who conduct governance reviews. We already have that with accountancy, yet we have no equivalent in board assessments. We should have a system that allows us, over time, to say, ‘This is a good reviewer’ or ‘This was just done for box-ticking’.”

Christine de Largy, Chair of the UK Board Practice, Harvey Nash, said: “Respondents fell into two camps. The first thought that reviews were remedial – some considered reviews only necessary for dysfunctional boards. The second expected to be evaluated. They said, ‘I assume that the rest of the organisation will have a performance review, so why wouldn’t the board have one?’”

The Harvey Nash Board Research 2016/17 collected data during the summer 2016 and represents the views of more than 650 non-executive directors and chairs from across the UK, the Nordics and the Asia Pacific region via a quantitative survey and 56 qualitative interviews. Of the respondents, 49% identified themselves as non-executive directors and 43% were chairs or held both positions. Almost a third served at companies with up to 5,000 employees, while a quarter had roles at organisations with a staff of more than 5,000.