Betting on Bitcoin is a huge risk

Finance Commerce
Save to my profile

Why ‘investing’ in a digital currency should be avoided, according to London Business School’s David Pitt-Watson 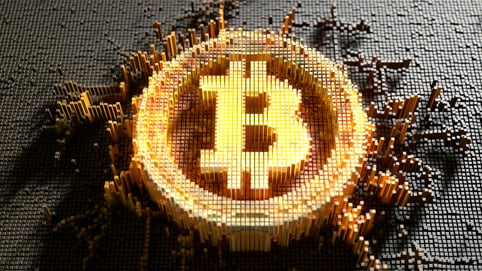 Chris Burniske, a blockchain analyst and products lead at investment manager ARK Invest, believes Bitcoin, an online currency where there are no banks or transactions fees when making trades or buying goods, are as safe to invest in as gold. But David Pitt-Watson, Executive Fellow of Finance at London Business School, urges anyone – other than traders or speculators who like to gamble – to think twice about investing in a currency that is prone to wild fluctuations.

“Buying Bitcoins is speculative because you’re not investing in anything with a fundamental value like a house, pension or college education. Some investment theories recommend you invest in as many different things as you can and don’t put all your eggs in one basket, but there are limits to how much you should do that,” he says.

“I can’t imagine advising anyone to buy Bitcoins with a view to saving for something in future. But I can understand people thinking, ‘It’s going up so let’s buy Bitcoins and see what happens.’ People may decide to buy Bitcoins when the price is shooting up and aim to get out before the value drops, but it’s just a gamble – like betting on a horse race.”

Pitt-Watson adds that traders and investors should stick to standard currencies such as the British pound or US dollar rather than speculate on Bitcoin. “Is Bitcoin a safer investment than the pound or dollar? Absolutely not,” he says. “Bitcoin has fallen by 50% and climbed by 100% in the past four years – that hasn’t happened with any major national currencies.”

In October 2016 the pound fell more than 6% against the dollar as investors reacted nervously to Britain’s decision to leave the EU. It bounced back in November, climbing 1.6% to $1.24, despite uncertainty over the British government’s power to trigger Article 50 – the legal process for starting Brexit talks.

Dealing in Bitcoin is risky

A general lack of understanding about how Bitcoin works and its low uptake from consumers and businesses makes it a risky investment, according to Pitt-Watson. He adds that investors should be cautious about a bankless, stateless currency.

“People traded money with one another through the MMM Ponzi scheme [which lost investors an estimated £80 million] in Russia during the 1990s. I’m not suggesting Bitcoins are necessarily the same but with everything you invest in, you should be thinking: what’s behind it?

“You know what sits behind the Bank of England, a company share or your personal bank account. Bitcoin isn’t underpinned by anyone and I’m not sure how the level of circulation is decided, but it’s not by a government.”

Pitt-Watson says that rather than investing in Bitcoin, people could use it to buy and sell goods online. “It’s an international cheque book for ecommerce transactions ¬– but like cash you only hold what you need to trade.”

While dismissing the notion of Bitcoin as an investable asset, Pitt-Watson sees a place for it in today’s digital age. People can buy and sell goods online without having to convert from one currency to another when trading internationally. Travellers may also benefit if using a digital rather than a standard currency.

“You can travel from France to Germany and use the Euro in both countries. But if you’re travelling from the UK to either of those countries, you have to convert pounds into Euros and then back again when returning home, which leads to transactional costs. You can see how using Bitcoin would cut out the hassle and the expenditure of changing currencies.”

He adds that digital currencies can co-exist alongside paper ones – providing people use them in the right way. “There may be a future for them if more and more people use Bitcoin or other digital currencies to carry out online transactions,” he says. “But I’ll be worried if there’s more demand to speculate on an unregulated currency that no government underpins.”