Recognise women - it's good for business

Women Alumni
Save to my profile

Mandeep Rai Dhillon, winner of the First Women of Media award and LBS alumna, talks about creative activism, network support and giving yourself a break, on the path to having it all 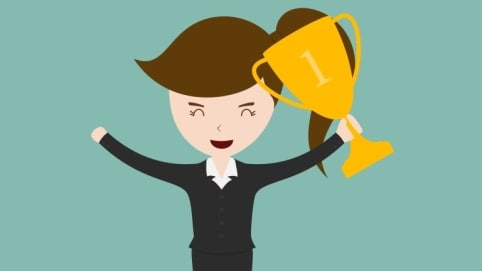 When Mandeep Rai Dhillon DLEMBA2010 won the First Women of Media award, she thought just one thing: “This award is just the start.”

Selected for her “display of great integrity” and “passion shown through a commitment to creative activism”, Rai Dhillon, CEO of Creative Visions Global, is now enveloped in a dedicated network of pioneering women, as well as the London Business School (LBS) community.

Unique to other awards, the programme brings together outstanding women from all sectors. “They choose one person from each industry who they deem to have broken the ceiling and pushed the frontier,” says Rai Dhillon. “It recognises women for their achievements, rather than being a token gesture or filling a quota. There cannot be a quota if you’re choosing one woman from an entire industry.”

“Media for the power of good”

Rai Dhillon won the award in June 2015 ahead of the editorial director of Film 4, editor of the Sunday Women Magazine, the programme director of Henley Business School, the CEO of Redleaf Polhill and head of digital media at Telefonica.

As CEO of Creative Visions Global, the foundation that supports creative campaigners, she helps enable now over 100 active projects across the world. After spending her formative years in banking, she became a BBC and Reuters journalist, inspired after joining Creative Visions (the global force field, Kathy Eldon) 15 years ago. Today, she is tasked with setting the company up to operate globally, outside of its established US base.

Creative Visions is inspired by the life of Dan Eldon, a photojournalist, artist and activist killed at age 22 while covering the conflict in Somalia for Reuters. It uses media and the arts to “ignite lasting positive social change around the globe”. The business has incubated more than 180 projects, providing sponsorship, mentorship, education, and more.

“We work on how we can support those who are using media for the power of good,” says Rai Dhillon. “Often, news only shows the world breaking down. But it’s all of the good points – what we can learn from each other – that I’m most interested in.”

And there are lots of examples of Creative Visions putting this into action. Jessica Mayberry of Video Volunteers is one. “She was in mainstream media in the US, but wanted to empower people to use a camera in their own homes, to bring to life some of the issues, both good and bad,” says Rai Dhillon. It works to create a network of ‘community video producers’ in the slums and villages, and has produced over 45 films that have been seen by more than 130,000 people in the region.

“The power of stories is phenomenal,” she says. “I think a current example is the film, Suffragette.”

In order to make a difference, stories have to permeate the masses.

Founded by Real Business and the Confederation of British Industry (CBI), the awards have grown in influence and impact. With its influencers’ backing, the word is out: recognising women is good for business.

Women could increase their income globally by up to 76 per cent if the employment and wage gap between women and men were closed. This is calculated to have a global value of US$17 trillion, according to a 2015 Actionaid report.

“We [women] make up 50 per cent of every household,” Rai Dhillon says. “What we can give to the planet is substantial, and we create, contribute and co-exist. We add value, there is no limit to what can yet be generated. For example, women are creating female-related products that otherwise wouldn’t have existed.”

Rai Dhillon says that awards like these send out a strong message to both men and women.

“If you’re doing something that really matters and you’re making ripples, then we are noticing,” she says.

“Why do we need awards just for women? Well, there’s no argument when only eight per cent of board members are female. Awards need to reflect that bias.

“We are saying to men: you may not have noticed that one seat in your boardroom, but let’s recognise her now, not only for her work in the firm, but for her wider industry impact.”

If you invest in a woman – with education or in the workplace – Rai Dhillon argues that the ripple effect in the family, community and society is far and wide.

But the age-old question comes in. Can women have it all?

“I think you can have it all, but perhaps just not at the same time.”

“You have to focus on what’s appropriate for that time. Our lives are often spent trying to please people. We need to focus on what’s important at that specific time. But, if you become your own worst critic, it doesn’t matter what anyone else says to bring you up.”

That’s why women need to “give themselves a break” according to Rai Dhillon. She’s seen women-to-women peer support first-hand in the media industry, the network that surrounds the awards, and at the School. “I’m lucky with LBS,” she says. “I know that women can return to the workplace after having children, because I have seen it. Not everyone has that inspiration. If there’s no network to pick you up, your confidence can deteriorate.”

And it’s down to the community – friends, family and organisations – to support women in their potential. “It made a huge difference for my family to see the work that I do. Professional work is often irrelevant in fulfilling the role of sister, wife, mother, daughter and friend,” she says. Now that Rai Dhillon’s family and friends have seen her recognised on a main stage, they are her biggest cheerleaders, giving her more space and time to focus on her ambitions. And the LBS network only adds to that support. “LBS was a fantastic two-year journey and platform. It builds you and moulds you giving you have a different outlook on life.

“Rather than being left without any infrastructure when the programme ended, the support I needed, continued.