Teeranard Chokwatana claims she became an entrepreneur more by chance than choice. From an early age she was determined to avoid eating meat but she hated traditional vegetable dishes. Now her SPA Foods range of soya-based products is a thriving international business. 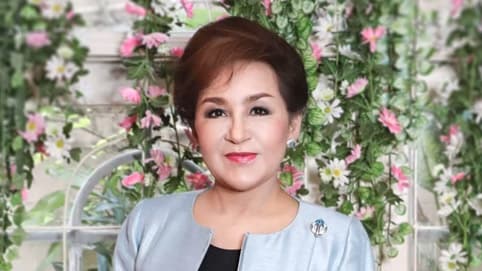 She was her own first customer, having identified a consumer need and worked tirelessly to find the solution. “My business started with passion,” she says.

“I didn’t want to eat animals. I tried to give up meat when I was eight, to begin with, when I realised that the food that had been prepared for my father’s banquet was an animal I had seen only the previous day. I refused to eat anything but rice and I actually made myself ill from lack of nutrition.”

“As I grew up and became more sophisticated in my tastes, I wanted delicious foods but I was still determined to avoid an animal-based diet. “You are what you eat – but you should also enjoy what you eat.

"When I first started researching alternatives to eating meat I made products using mushrooms and wheat gluten as ingredients. I was creating by trial and error and some of the feedback I received was less than positive.

“The food tasted great but it was nutritionally poor. So I needed to find a way to make foods that were highly nutritious as well as filling. Finally, I developed a healthy, nutritious plant protein. My products have the texture and taste of meat, fish or shellfish – plus all the nutrients necessary for good health.”

This single-mindedness has seen her company, Nutrition House, extend its reach beyond her home country of Thailand to other Asian countries and the west coast of the US. But she says she isn’t focusing on expansion – that’s not the most important thing. “My goal for working is not only for financial profit; it is also for a sustainable future.

“The business grew organically,” she claims. “Now it is the best-selling meat alternative in Thailand. We export within Asia and to LA in the US and I am looking to work with a larger partner to bring our products to the world. It took off because they were in demand and people are realising that giving up meat is good for their health. We built a factory to guarantee quality and hygiene.”

She is CEO of several other companies in Thailand, which between them cover stock market investments, real estate, transportation and logistics, a security service and executive car service, marketing research and development and a biochemical laboratory researching foods and the environment.

“The laboratory was a joint venture which made a big loss but since I took it over it is making a profit,” she says. “The security guards and service were sub-contracted at first but the owners’ other businesses were failing, so I took over to save the staff their jobs.”

That the business is a labour of love is beyond any doubt. She is clearly a workaholic. “Sometimes I do work very long hours,” she says, “But it doesn’t feel like work because I enjoy it so much. I consider myself very lucky.”

But the food entrepreneur is no stranger to suffering. Her early inspiration to find an alternative to a meat-based diet was compounded when her beloved mother died of cancer. She believes that a meat-free diet can stop cancer in its tracks.

Go to Bangkok and you will still find Vegetarian Cottage, the restaurant where it all began back in 1991. Chokwatana now has six meat-free restaurants, two of which are on the industrial parks she owns (her employees receive subsidised meals). A major part of the work she overseas is research and development.

She has dedicated herself to the task of collaborating with doctors and nutritionists to come up with nutrition regimes for patients suffering from cancer and other chronic, often fatal, diseases. There is some evidence that cutting out animal products can hinder the growth of cancer cells. “I have seen a soy-based diet make a difference,” she says, aware that there are both sceptics and charlatans in this field.

She participated in London Business School’s Senior Executive Programme to consolidate her business skills and broaden her horizons. “It was a wonderful experience,” she says. “It improved my business and my mind. It gave me so much. I met so many interesting people from all over the world and my international network is now very strong as a result.

“It was very stimulating and inspiring to hear all my fellow participants’ different perspectives and experiences. The professors were also generous with their time, sharing their insights.”

Thinking back to her early education, she smiles. “I’m a bad student but I’m a good learner. I’m always thinking outside the box. In Thailand, education is very conservative, we have to stay in the frame. I believe in always learning. I become bored very easily. I don’t like to work 8–5, I like to work any time. I’m an individual. I’m responsible for myself.”

She also feels a keen sense of responsibility towards her workforce, and believes in setting a good example and treating people with kindness. “I have never raised my voice to any of my employees, yet they all accept that I am in charge and work hard for me,” she says.

It’s easy to see why: she may speak quietly but there’s a steely core within.