How robots are helping humanity

Telecommunications, Media and Technology Entrepreneurship
Save to my profile

Bob Lautrup’s London Business School (LBS) journey has helped him develop robots that are saving lives. He explains how they are freeing up humans from the “dull, dirty and dangerous work” and are enabling people to concentrate on, as he does, creativity and innovation 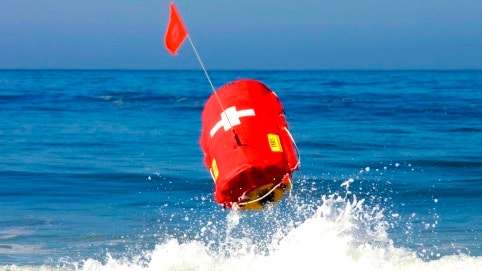 Around 71 per cent of the earth's surface is covered in water, so how do you  save  people in hurricane winds and torrential rain without putting other’s lives at risk? The answer is EMILY: the robotic lifeguard  that works hand-in-hand with first responders. She’s an unmanned surface vehicle (USV), capable of moving without human controls that can travel at more than 28 mph in hurricane conditions. The robot – which belongs to Bob Lautrup SLN18 (1986) and Tony Mulligan, Co-founders, and Executive Vice President and CEO respectively, at Hydronalix – saves lives not only in the US, but in countries with a high risk of tsunamis and floods such as Indonesia and Mongolia tsunami and flood response.

The company recently won a Tibbetts Award for innovation and was presented the prestigious accolade at the White House on 15 June 2015. The award recognises the late Roland Tibbetts who is widely acknowledged as the father of the Small Business Innovation Research (SBIR) programme for his contribution to innovation. From over 7,000 ventures shortlisted, just 23 won an award. Bob says: “The SBIR programme enables start-ups to apply their research, creating successful businesses with important jobs and products.”

Bob has seen many SBIR programmes and in his opinion the US Navy runs the best, with by far the fastest rate of product commercialisation. That’s why he’s worked with the Navy to apply its expertise and technology to EMILY. He says: “Hydronalix is a poster child for the federal government scheme, because we have a useful, commercial product that’s saving lives.”

Hydronalix is based in Sahuarita Arizona, and was founded by Tony and Bob in 2009 to develop robots that can perform the “dull, dirty and dangerous work” in maritime situations, globally. The impact of its suite of robots can be seen in the US, Nepal, France and beyond.

Hydronalix is helping save lives, not only on an individual level with the robot EMILY, but on an environmental and mass-evacuation scale too. Take the isolated Himalayan Lake Imja, where the biggest threat to the environment is the temperamental glacier. In order to collect vital data, Hydronalix sends its unmanned vessel to cruise the dangerous square-metre area. “The USV captures data to predict when the glacier will change, which in turn helps with planning for and carrying out an evacuation of people,” explains Bob. 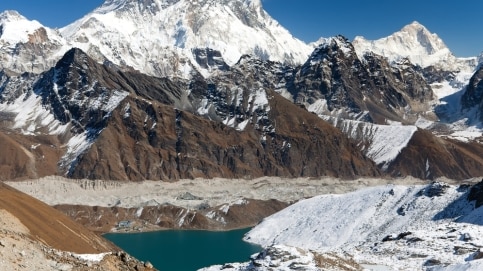 Another example of Hydronalix’s future-ready products is the Hurricane Tracker, which  can track a storm for days at a time, and stream continuous data directly from the eye of the storm to researchers ashore.

Bob says: “There are two obvious benefits to this technology: first, it allows the military to accurately predict where they need to put their resources. Second, it enables the public to trust that the data is correct and that when officials say evacuate, they should listen.”

While the Hydronalix robots provide accurate information alerting people  to life-changing environmental and individual disasters, Bob doesn’t see intelligent machines as a threat to human employment and ability. He believes that, as EMILY works alongside lifeguards to reduce their own risk, humans will have room to concentrate on more creative and empathetic pursuits.

The importance of humanity

Bob has always had a passion for maritime: “I grew up and worked on the water and understand its danger,” he says. But he’s also passionate about people: the value they add individually with their expertise and collectively with networks such as the LBS community.

When Bob attended the Sloan programme in 1985 he was taught by Professor Sir Andrew Likierman, now Dean at LBS, who he remains friends with today. Sir Andrew taught Bob Management Accounting, and his advice − to understand where your money is going, prioritise your spending and become more productive – has been a lesson that he’s revisited throughout his career and one he’s applied to Hyrdonalix.

In 2011, Bob travelled to the UK from Arizona, to attend the School’s Global Leadership Summit event in London: which that year aptly focused on ‘Innovation: idea, create and accelerate’. He wanted to give something back to the School and during his visit he showed EMILY to a group of MBA students on their elective, Managing and Marketing Innovation, under the stewardship of Professor Rajesh Chandy.

Bob required expertise and help in introducing EMILY to a European market, but he only had one job to offer to the candidates. After interviewing for the role, Chris O’Brien MBA2010 was accepted to work with the Hydronalix team for the summer, focusing on the marketing strategy for EMILY. Bob says: “I came back to the School to gain an asset and it paid off – Chris understood exactly what we wanted. The School developed Chris’s skills, but he also had the right attitude. This case is the perfect example of the high-calibre students LBS develops.

“The School is very good at developing the minds of students in a practical way, which gives people confidence to be innovative.

“I’m so thankful of the things I learnt on the Sloan programme and that I was able to meet younger MBAs as a student and people like Chris afterwards, as an alumnus. LBS students have such original ideas and that’s why we are seeing so many of them go on to start their own businesses.”

Ideas and integrity are equally important to Bob, who puts his ability to work with a highly respected inventor, such as Tony who holds 19 US patents, with confidence. “It was my time at LBS that gave me the confidence and taught me I knew enough to be a useful partner to someone successful like Tony.”

No computer can replicate human judgement and experience, but Bob believes that with the help of Hydronalix products, humans can concentrate on integrity, empathy and humanity: three traits that he applies to both work and life.