How London inspired one of the city's most innovative apps 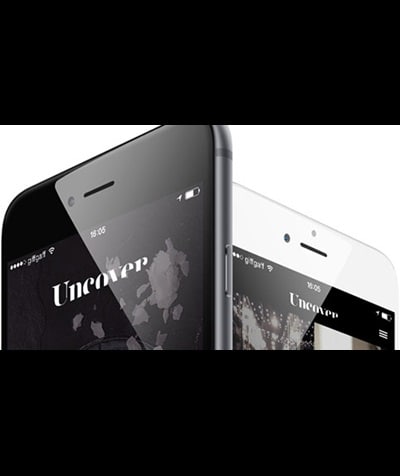 The idea was sparked when two of its three LBS alumni creators, David Saenz and Christopher Steinau, tried to find somewhere for dinner on a busy evening in fashionable Soho.

“We were going to restaurant after restaurant being told they were fully booked or it was a two-hour wait,” explains David.

“We finally walked into Social Eating House, which was at the apex of its post-launch buzz, and they had a cancellation. They gave us the table and we instantly felt there was an inefficiency there that was very frustrating for us as diners and possibly quite impactful for the restaurant.”

Meanwhile, across town,  co-creator Dan Ziv had the same lightbulb moment in double Michelin-starred Mayfair restaurant Helene Darroze, where Dan’s wife had organised a birthday meal for him. “He looked around the room and saw empty tables which the host said were the result of cancellations and thought, ‘So many people want to come to this restaurant, and they have space, if only there was a way to market that availability to target consumers,’” says David.

The three were brought together by a mutual friend at LBS who realised they were working on a similar line, and Uncover was born.

The concept, which has been named Best New App three times by Apple’s app store, as well as a permanent presence as Best New App in the Food and Drink Category since March 2015, sees users able to browse same day and next day spare tables at high-end London restaurants and secure themselves a hassle-free late booking. As well as its obvious appeal to diners, it solves two of the restaurant industry’s most notorious problems; late cancellations and no-shows, and helps fill those rare last spare tables.

The trio began work on the idea while still completing their MBAs, and upon graduation, signed up to the School’s Incubator programme – a competitive scheme where graduates remain on campus and access LBS  facilities while they work on an entrepreneurial project.

Describing how they approached the development of the app, Dan says: “We did focus groups and surveys and really tried to understand the need and the market from both ends.

“We spoke to 30-35 restaurant owners and a bunch of our friends here at LBS and within the wider London community. We found that there really is a need for last-minute availability to be pushed to users in a way that is accessible and real time. So we built a mock-up of a product. We thought we’d maybe seat 30 or 40 of our friends but we ended up seating about 270 people in the four-week span. That’s where it all clicked for us and we said, ‘Ok, wow, there really is a demand for this type of tool in the market.’"

The next step was to intensively research the area and create a business plan and financial model. After successfully raising £1m, development began and the founders started establishing relationships with restaurants. Uncover soft-launched in November 2014 before launching officially in January 2015.

The support from the LBS faculty and community was essential in helping turn the app into reality. Dan says: “We’d never have gotten there without the LBS support network. The community was tremendously supportive in all parts of our business. From restaurant introductions to how to find the right investors, build the right product, market and brand this, we always somehow managed to find a good resource through the LBS network and facilities.”

David adds: “We set ourselves a very tight timeline – market research, prototype development, testing, fundraising, hiring a team – all that was done before we graduated.

“It just made natural sense to continue tapping into those resources through the Incubator Programme. Deloitte is our mentor in the Incubator and they’ve been really valuable in providing all sorts of support, both in their core functions, accounting and things like that, as well as in introductions and investor meetings.  They’re actually trialling our new UncoverPro tool, which is specifically designed for PAs and concierges to make multiple bookings for several people and using a different product from our consumer product.”

And the entrepreneurs are eager to repay the support they’ve received from the LBS network. Uncover’s third co-creator, Christopher Steinau, has come to our interview straight from an LBS lecture where he’s been working with the class to share his entrepreneurial experience and some of the lessons the team learnt.

“The professor handed out our business plan to the students and I sat there while they tore it apart. It’s true, we didn’t know what we were doing at that stage. It does a good job of showing where we started and where we are right now.

“After leveraging those classes for our business, we’re now coming back and telling our story. We’re just trying to pay it forward.”

Their commitment to the LBS community is more than rhetoric. As well as returning to participate in classes, the three have several LBS graduates in Uncover’s employment, and say they’re always happy to share their insights and experiences with other entrepreneurs.

“Every time London Business School asks us to give our two cents about entrepreneurship and what we’ve experienced through the School, we’re more than happy to do that,” says Dan.

“We’re very grateful; we understand that the LBS community, and LBS specifically as an institution, played a very big part in our start up.”

As the business grows, the trio are looking into what more they can offer through their existing framework, as well their new corporate version of the tool. They’re also as scoping out their next region to roll out to. Look out world. 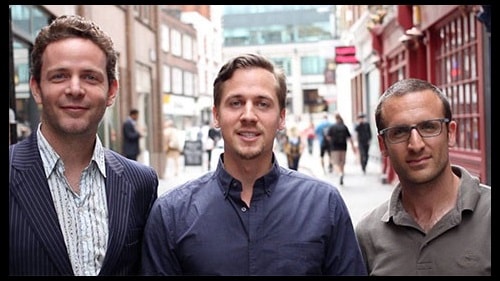