Eight hidden gems for a career in finance

Alumni Finance
Save to my profile 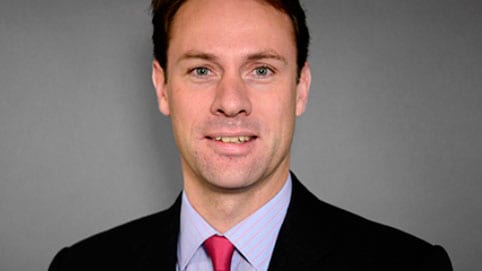 According to Julian Chester, at LBS there’s a point of difference. Whatever the programme, whatever the background of a given student, whatever the career aspiration: the LBS community is inclusive and collaborative. He uncovers how the School’s communal culture makes its pure-finance programmes stand out, beyond the consistently topping FT rankings.

Julian joined the full-time Masters in Finance (MiF) when a flyer promoting the part-time programme fell out of the FT and caught his eye. Now a partner at independent private client wealth management firm Killik & Co, he has spent the last 15 years in the finance industry, helping private investors plan and manage their personal finances.

Before that, he served as an officer in the British Army for four years, instilling him with perseverance, a sense of perspective, determination and a structured approach. After finishing his full-time masters at LBS, he spent eight years in Singapore, where he was a client advisor for international and South East Asia-based clients at UBS Wealth Management and Coutts & Co.

By 2004, Julian found that the general view of financial training was shifting; it was becoming an important mark of integrity. Financial advisors and brokers were becoming members of professional bodies and gaining industry-related qualifications. Julian saw that “the more qualified you were, the better your career path would likely be”.

At the time, competency in finance was being pushed even further up the priority ladder in the same way that management had become professionalised during the 1970s. Julian wanted to learn about business-related finance at a place that would give him two things: competency and connections.

“It doesn’t matter what you study at LBS, the community is the community, regardless of the programme you choose to do.”

If you’re just starting out in a career in finance and you’re looking to professionalise your skill-set like Julian, take a look at his eight hidden gems of advice.

“Do a sweep across the industry and find out what the job entails,” Julian says. You might have a set idea about the path you’d like to take, but until you’ve shadowed executives, met recruiters, visited companies’ headquarters and spoken to potential employers, you simply cannot know.

When Julian changed career, from army officer to wealth manager, he did exactly that and shadowed a stockbroker to experience first-hand what dealing with private clients was like and how to manage high-pressure deals.

Post-LBS, Julian’s career took him to Singapore, and after engaging with alumni across the region, he was well-positioned to approach every notable bank in Asia which helped him unlock the door to his career. Ten years on, Julian has reunited with his class, and the connections are still strong.

Julian says: “The alumni network is widespread and knowledgeable, with huge depth,” adding, “face-to-face networking is very important; go to events, find out what people do and identify new opportunities.

“Wherever I have worked, I have always made connections with people from the School.  Having just LBS as a connection to someone is enough to get you started. As alumni, we also feel quite comfortable introducing you to someone else, too.”

If you make the most of your time at the School, you’ll feel and act more confidently, says Julian. How you’re perceived is important, but how you feel you’re being perceived is also crucial, as Julian explains: “My Foundations of Finance module sticks in my mind,” he says. “It was great because the class was about common sense being applied to finance. It allowed me to have deep conversations in the industry without feeling overwhelmed or out of my depth.” When speaking post-programme to New York’s CIO at JP Morgan in Singapore, he felt confident, knowledgeable and comfortable enough to have an in-depth conversation. He adds that studying at the School gave him that confidence.

4. Listen to the global perspective

Julian advocates making the most of the people around you. At LBS, you will have discussions with your peers and you’ll be challenged, but you’ll gain a global and well-rounded perspective because of it.

LBS faculty are made up of 30 nationalities from across the globe and so their perspective is more than academic. This, combined with a diverse student body, is something to take advantage of. From Julian’s class of 120 students, only four were from the UK, and the contributions they brought, coupled with the relevant curriculum, meant that “group-lectures were a two-way open event”. Understanding people’s perspectives will allow you to take that knowledge and apply it to the cultural nuances you’ll face in your career.

5. Tap into the wealth of resources

Julian was already a career-changer when he joined the School, but he still benefited from the dedicated career team. He learnt interview techniques, received career guidance and, crucially, discovered how to brand and pitch himself in new situations post-LBS. Studying at the School offers a huge opportunity to build your career in finance. The skills you develop, the networks you build and the support you receive all work together to move your career in the direction you want to take.

It’s not just about the academic rigour that matters when it comes to getting the most out of your degree and preparing for a career in finance. Julian promotes the human qualities, which come from studying at such a unique place.

“My degree was about more than just the knowledge of finance; it becomes very powerful if you couple it with the human qualities needed to do well in a global business environment. The knowledge on its own is impressive but not powerful; if you combine it with personal skills, it’s a powerful thing indeed.”

“Studying finance at LBS will give your career credibility, but you’ll also need perseverance to succeed.” For Julian, gaining credibility in his industry after leaving the army, where the knowledge and working environment were vastly different, was paramount. But he managed it by using his underlying behavioural traits: determination, motivation and structure. Perhaps these can be viewed as ‘army traits’, but Julian says they can be readily applied to finance (and for in his case, triathlons) too.

If you’re studying at LBS, take the wealth and breadth of opportunity on offer to you, as you’ll never have this time again. Julian adds that it takes time to make the right decisions, especially if they are connected to your career and to your future.

“Use your study time as an opportunity to explore. Take time to find the right job and use it wisely, to make sure it’s the right first step,” says Julian.

Julian says that the community is open to all at LBS, no matter what programme you choose to study. Programmes like the Masters in Financial Analysis (MFA) strengthen the MiF, in the same way that the MBA strengthens the Masters in Management (MiM); as a suite, they provide grounding in academic rigour, be that financial or business-focused, and a place to further ideas and change or crystallise careers. According to Julian, students integrate with each other, no matter what their speciality, bringing out the best in people, from the most experienced Sloans to the Gen Y MiM and MFA students.  Once you’re in the community, you’re in for life.

Reference:
As a new graduate, impressing the world’s top finance recruiters is a real challenge. Take a look at our Masters in Financial Analysis (MFA) programme.